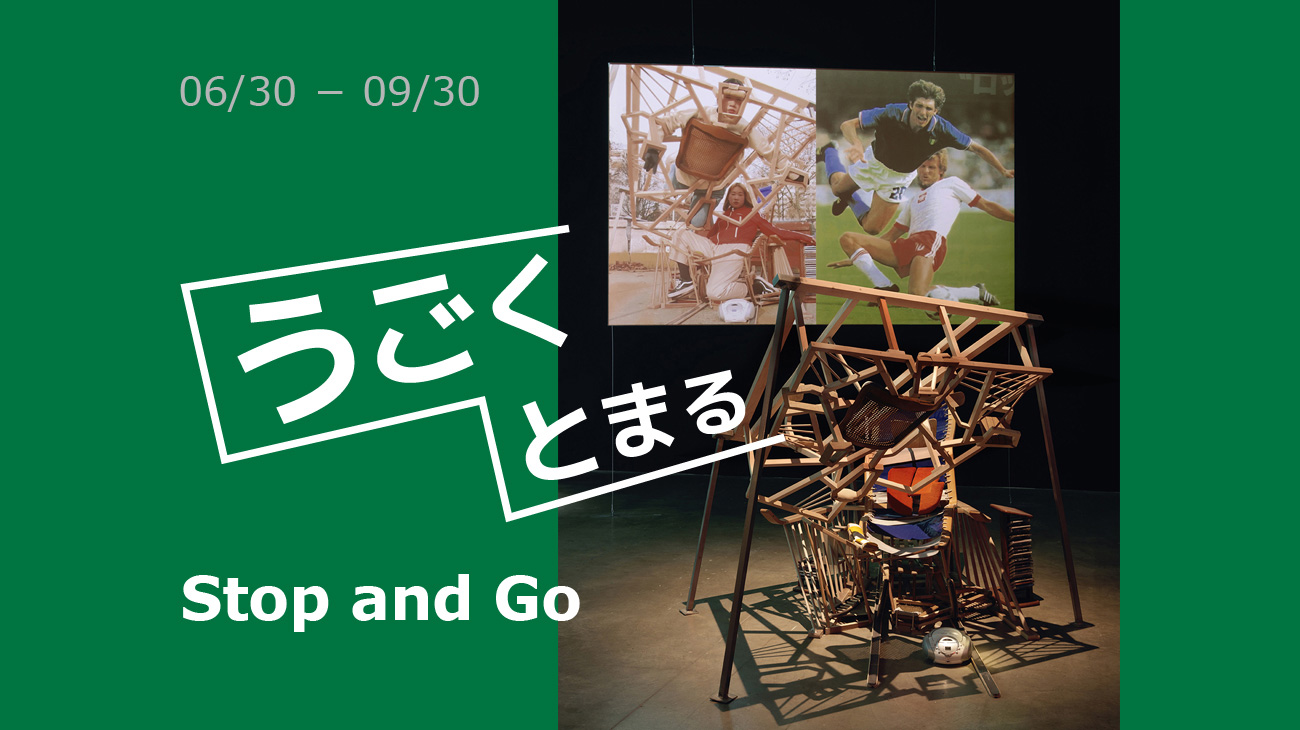 Sometime during the middle of the 20th century, Jean Tinguely began using waste materials and everyday items to create sculptural machines that moved, eventually becoming one of the leading proponents of kinetic art. Since ancient times, because of our constant proximity to light, wind, water and other elements of nature, we humans have continued to explore the nature of our senses and applied the power of our imaginations to endlessly represent the two diametric poles of movement and stillness. In this show, we exemplify these two themes with selected artworks by Tinguely and other artists in the Hara Museum Collection. We also feature an ambitious new work by Taro Izumi that was a focus of much attention at his solo show in Paris last year. Talking paintings, moving sculptures, videos that are stopped–we invite you to come see the rich variety of contemporary art expression on the theme of “stop” and “go”.

Tickled in a dream…maybe? is the name of a series of works (currently 11) that Taro Izumi began in 2014. This piece, cloud fell, premiered last spring at Izumi’s major solo exhibition at the Palais de Tokyo in Paris, seen by many as a temple of European contemporary art. Izumi attracted much attention for his unique works filled with humor and irony, most of which have already been purchased by museums and other institutions around the world. Thanks to an enthusiastic collector who wanted to “leave at least one of the series in Japan,” cloud fell was acquired and deposited with the Hara Museum. This show marks its first public display in Japan.

Thursdays (except during the month of August) *Subject to temporary closure in the event of severe weather.