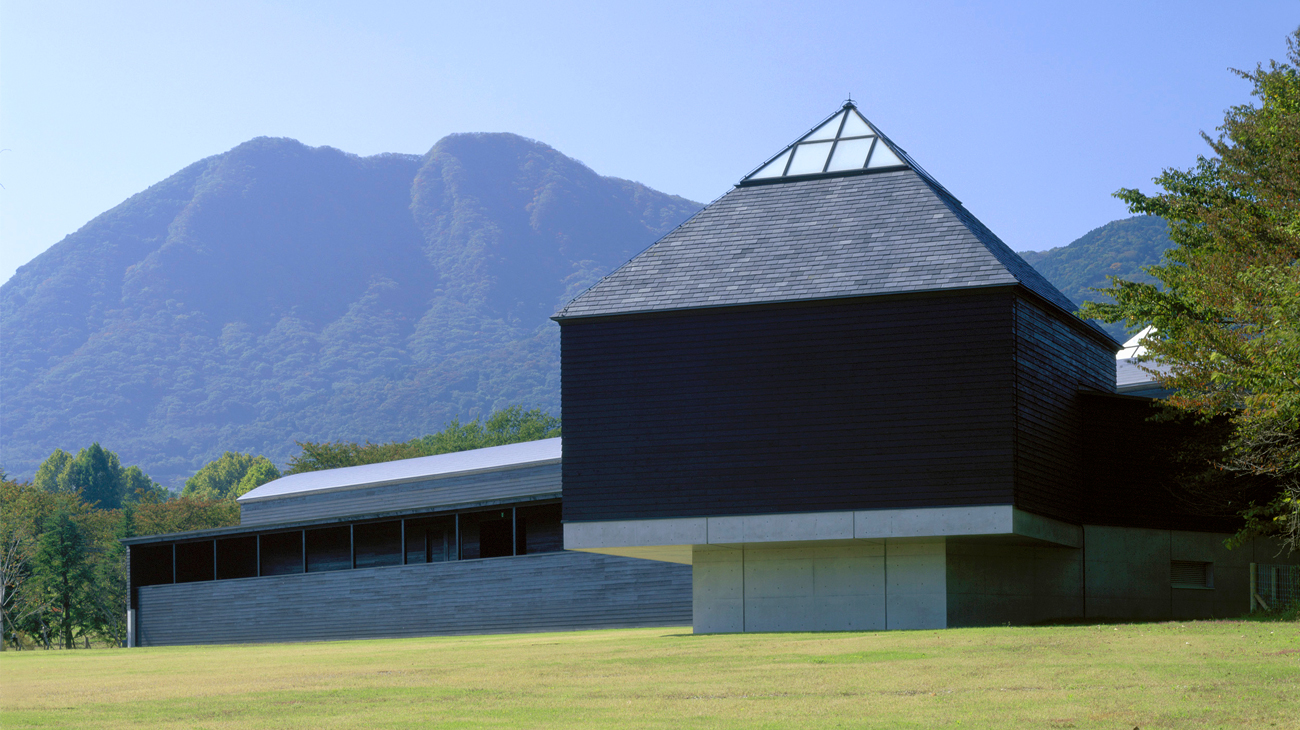 In 1979, the Foundation Arc-en-Ciel, under the leadership of its chairman Toshio Hara, opened the Hara Museum of Contemporary Art in Shinagawa, Tokyo as a pioneering institution in Japan dedicated to contemporary art. In 1988, it opened Hara Museum ARC as an annex in Shibukawa, Gunma. With these two venues as a base, a wide variety of activities were carried out with the aim of making contemporary art a dynamic part of society and a medium of international exchange. In January 2021, the Hara Museum of Contemporary Art, uniquely housed in a Western-style building that was originally built as a residence in 1938, closed its doors, having enjoyed great public support and popularity. This would be followed in April 2021 with the relaunching in Shibukawa, Gunma of a single consolidated venue named Hara Museum ARC, after the French word for “rainbow” and the name of the foundation that operates it. This name also signifies it as a center for the arts, a role that the new Hara Museum ARC is committed to continue fulfilling through activities that bring people together and by which new values are forged. 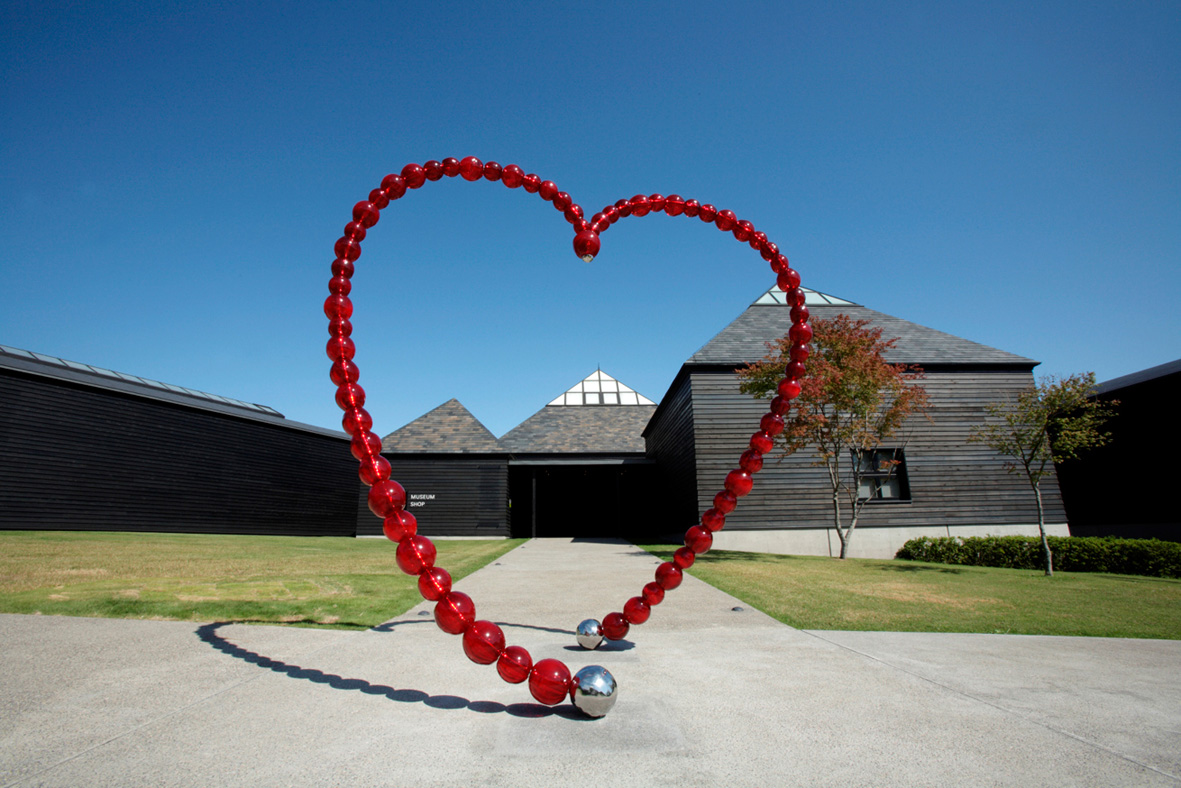 A symmetrical arrangement was used in the positioning of the three contemporary art galleries, with the square-shaped Gallery A flanked on both sides by the oblong Galleries B and C, their distinctive pyramid-shaped roofs topped by skylights that bathe the interior with a gentle, natural light.
The Kaikan Pavilion, on the other hand, is a quiet space that adopts the traditional shoin (drawing room) style of Japanese architecture. A high level of craftsmanship is evident in the details, from the wood work to the use of black mortar, granite and washi paper in the finishing.
Located at various locations on the museum grounds are permanent outdoor installations by artists such as Andy Warhol, Olafur Eliasson and Jean-Michel Othoniel. In addition, much of the energy used by the museum comes from solar power generation, out of consideration for the environment. 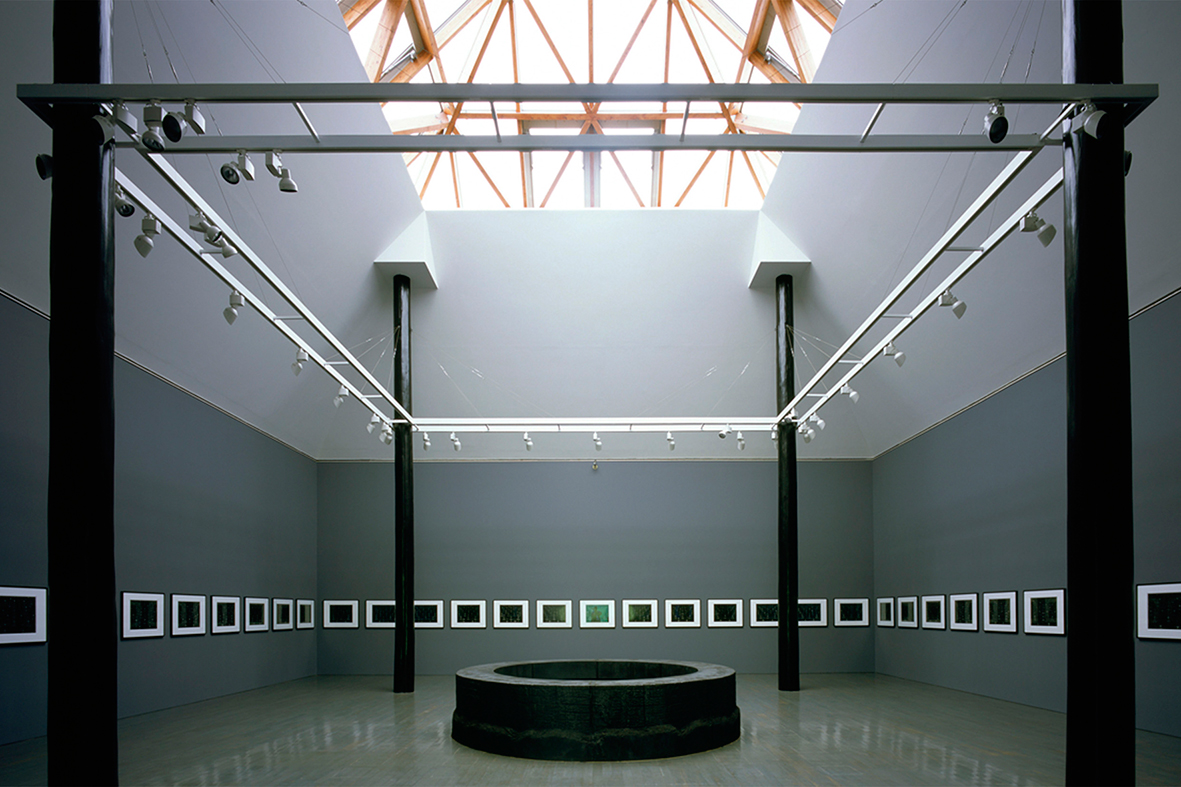 Interior views of one of the contemporary art galleries
Photo: Sadamu Saito